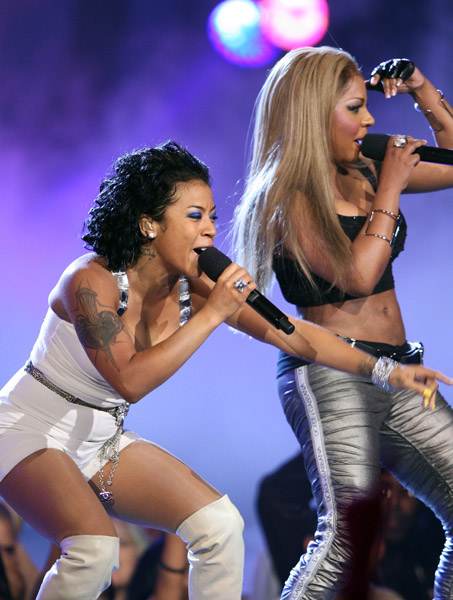 Yesterday BET announced the 2011 BET Awards nominations and r&b singer Keyshia Cole took to her twitter account to express her disappointment in not being nominated for any awards. Lil Kim fans as well as Lil Kim saw this as an opportunity to bash Keyshia for her "friendship" with Nicki Minaj. Kim claims that Keyshia wasn't being loyal by having Nicki on her track dissin' her Kim. Kim also states that the track her and Keyshia did together was a hit and the track Keyshia and Nicki did was a flop. Kim isn't wrong about that.

Nicki was featured on Keyshia's song "I Ain't Thru", which was the first single off of Keyshia's latest album Calling All Hearts. The single wasn't really a success on the charts and Keyshia herself has stated that it should've never been released as the lead single. Lil Kim was featured on single "Let It Go" the lead single off Keyshia's second album Just Like You. The song reached number 1 on billboard's R&B/hip-hop chart and also went platinum.

Check out the tweets below: 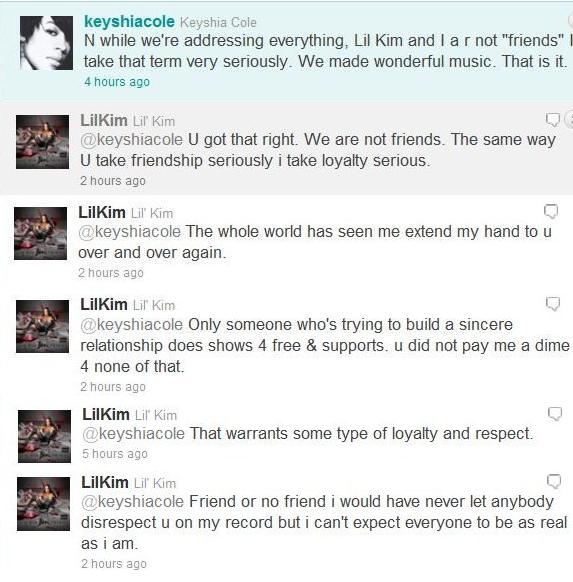 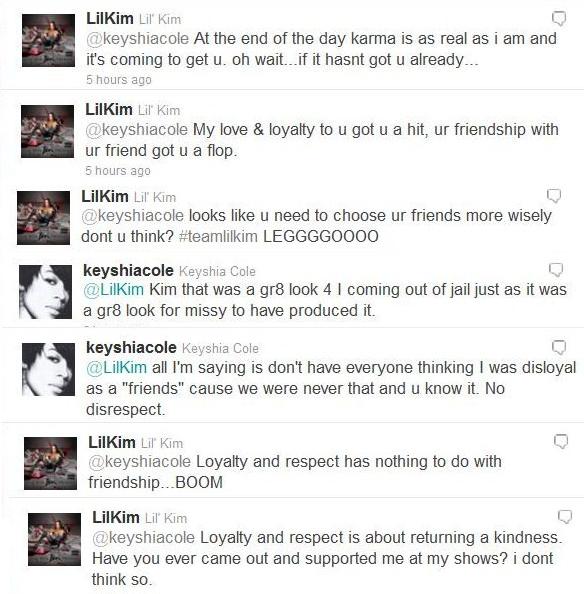 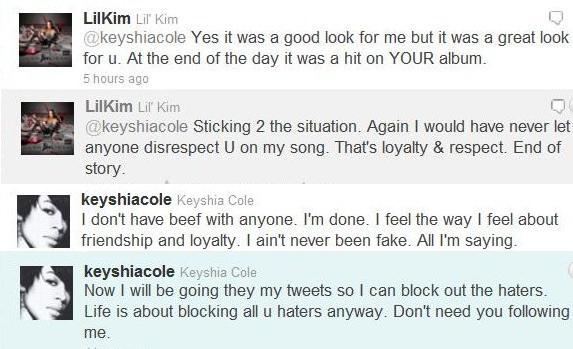 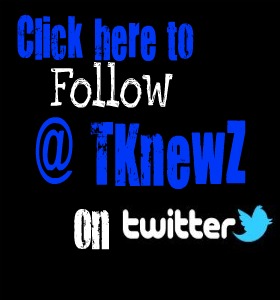